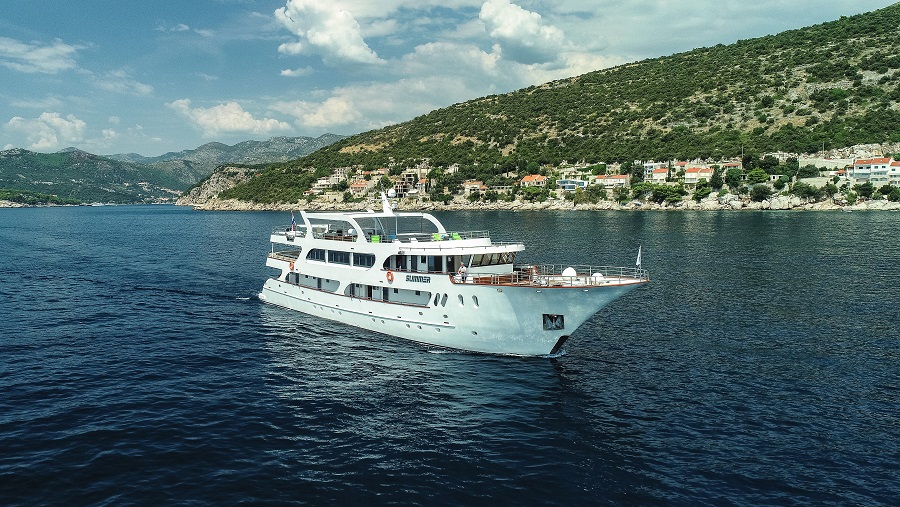 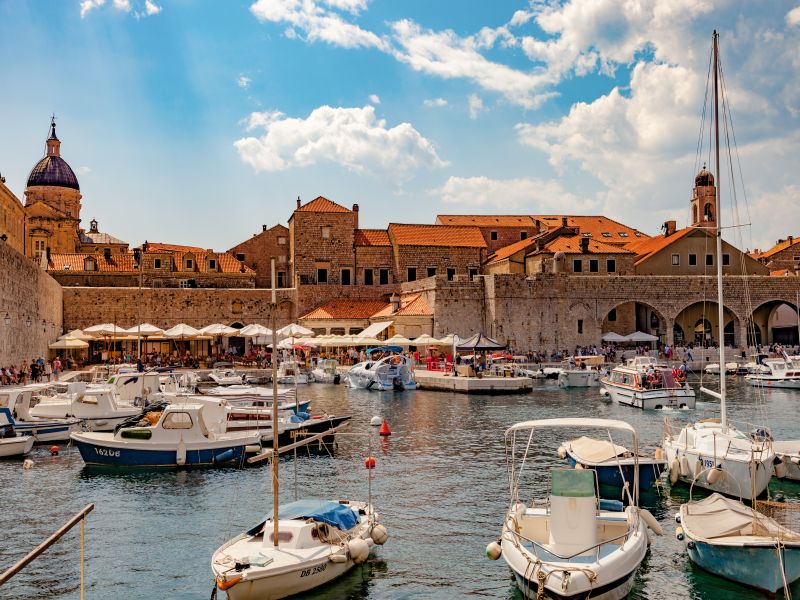 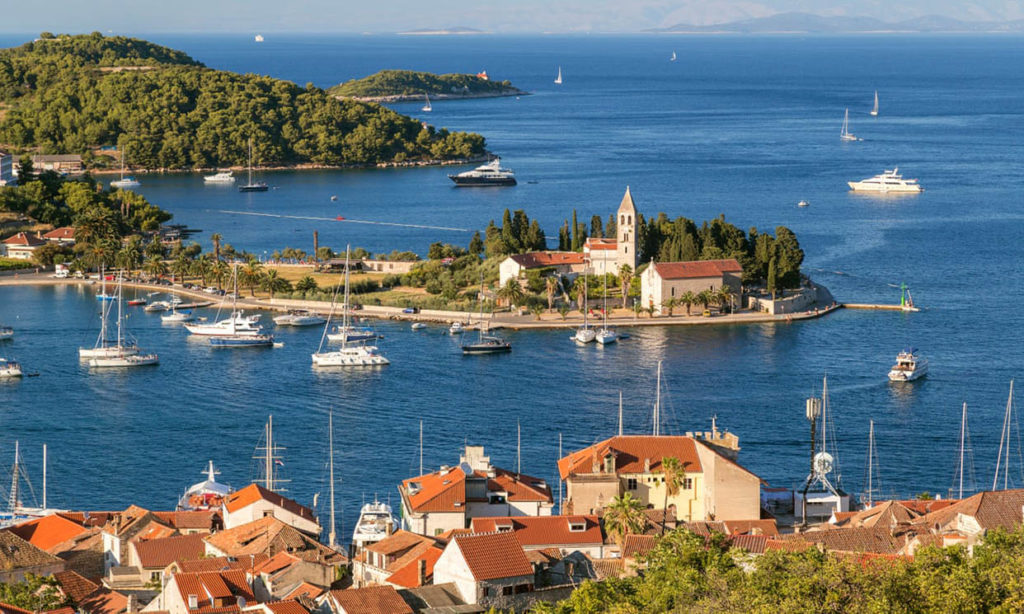 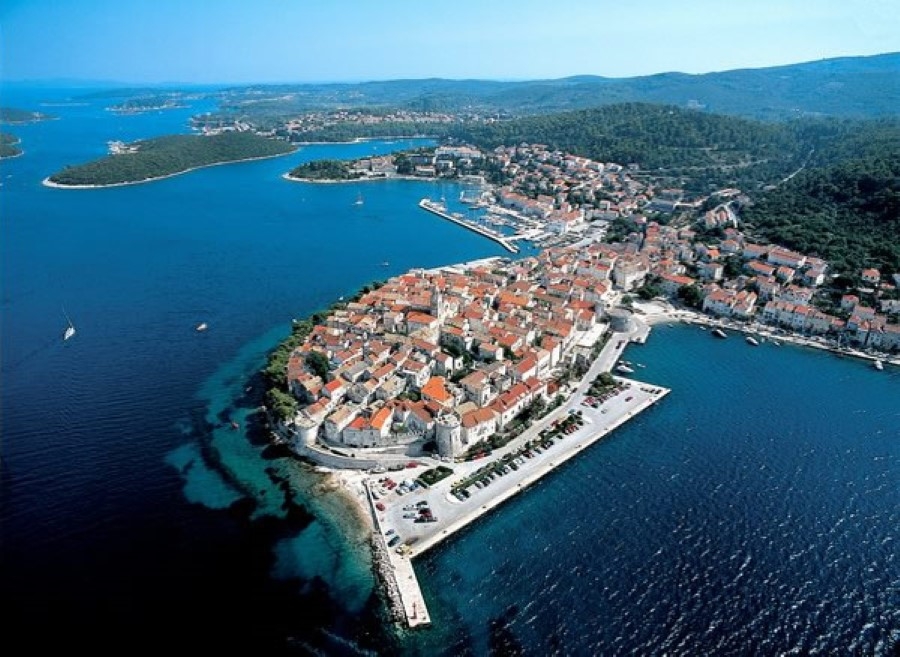 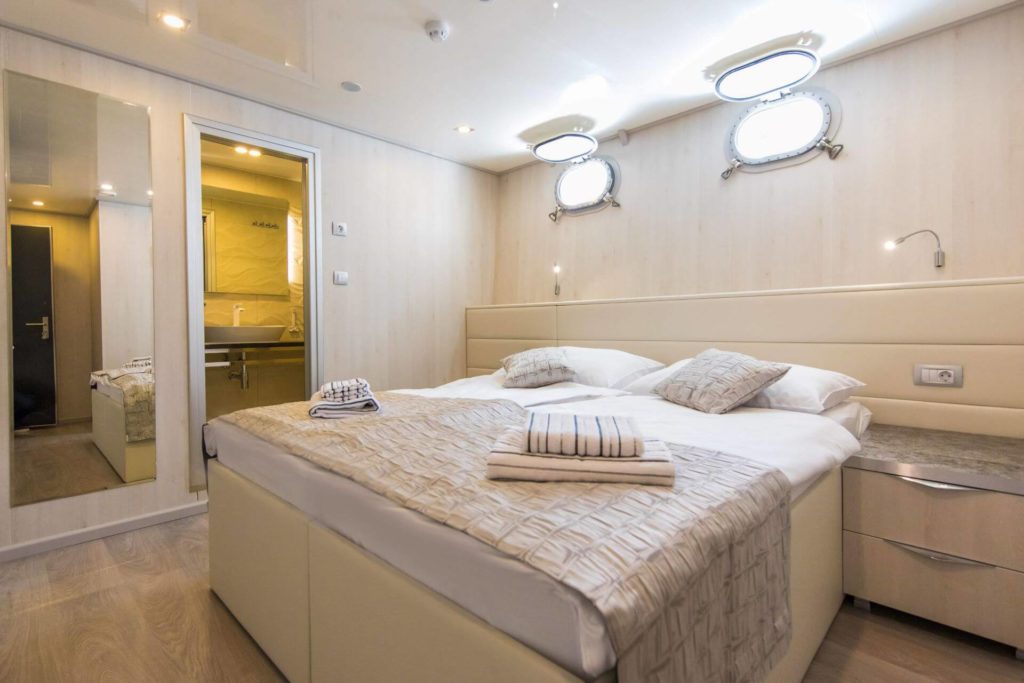 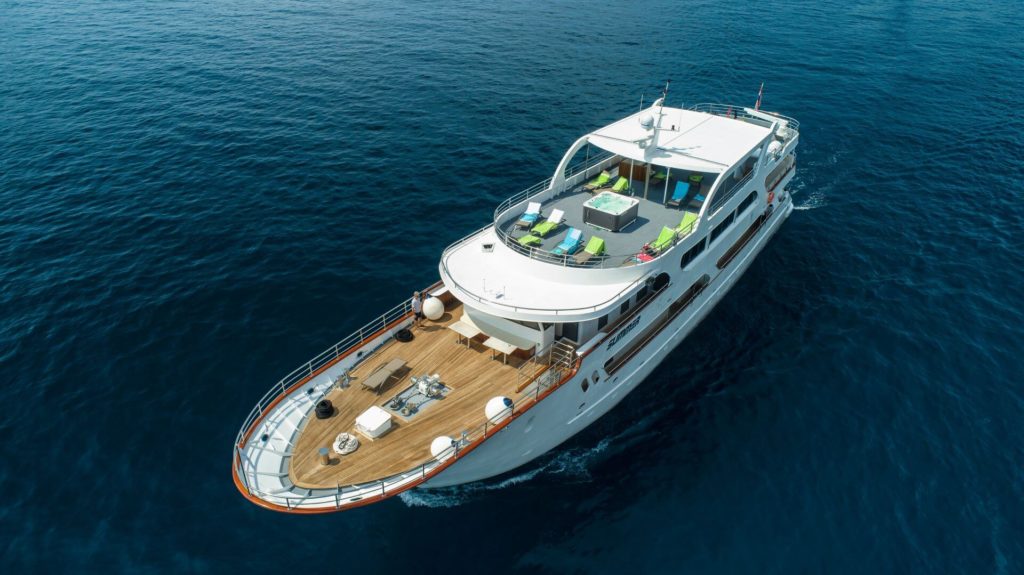 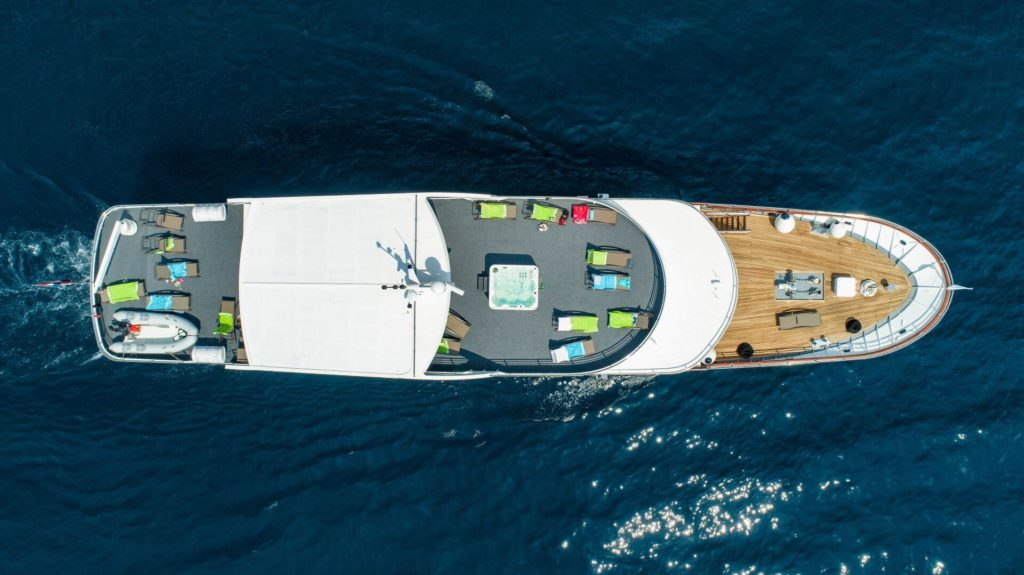 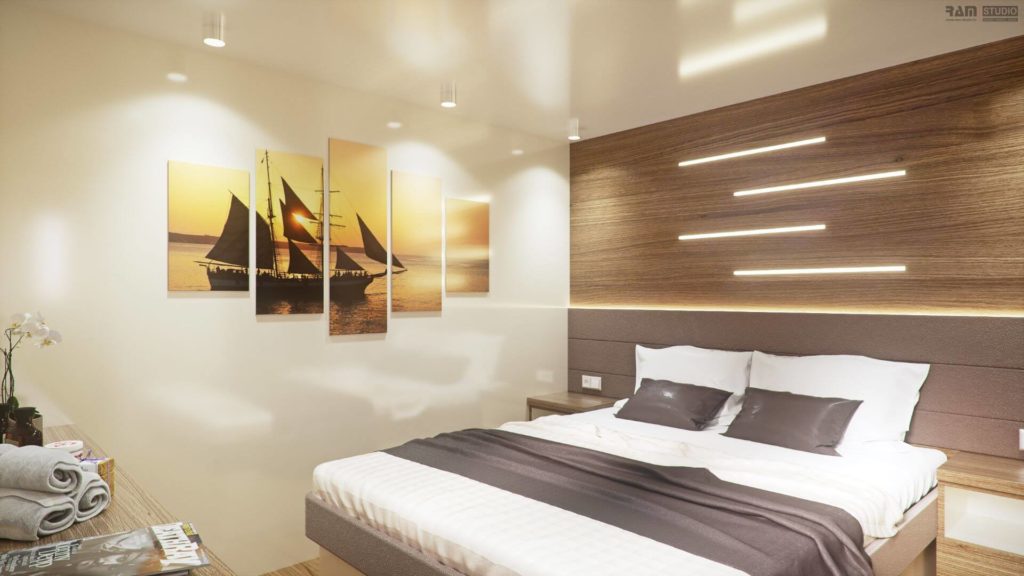 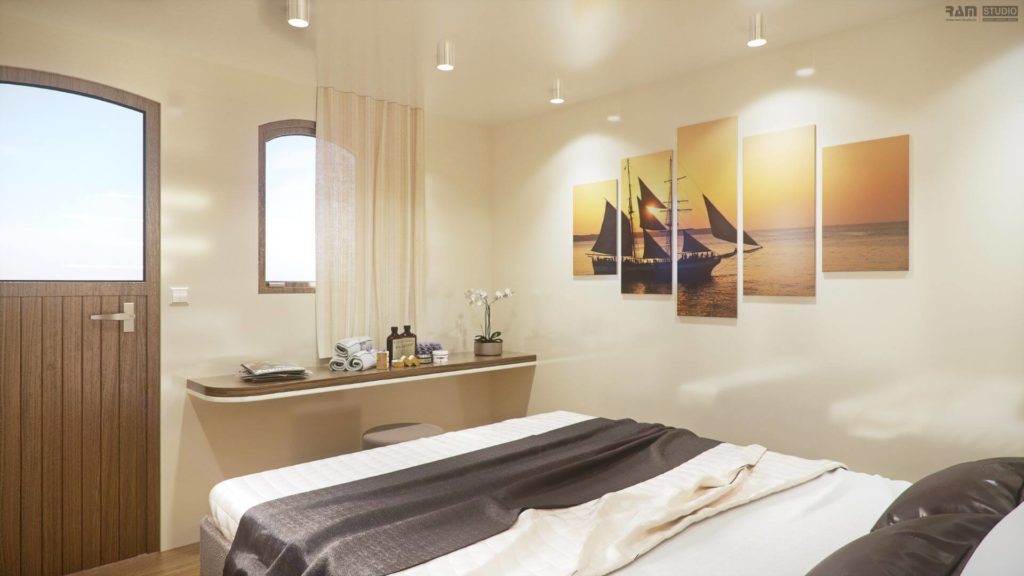 Cruise the Adriatic on this superb one-way Elegance cruise from Dubrovnik to Split on the brand new MS Summer or MS San Spirito.

These luxury small cruise ships will take you where the bigger vessels can’t go, from historic towns to secluded beaches, along one of Europe’s most spectacular coasts.

Explore inspiring destinations like Split and Dubrovnik, UNESCO World Heritage-listed sites. As ships move along Croatian coastline and islands you will have an abundance of free time to explore and discover medieval towns and the many bays of Croatia’s Adriatic Coast.

One-way Elegance cruise from Dubrovnik to Split is the ideal choice if you looking for an authentic Croatian experience onboard a luxury small ship cruise. Visit the magical Bisevo Blue Cave and the famous Mjlet National Park! Explore fishermen’s villages and small and cosy restaurants and taste local Mediterranean cuisine and nightlife.

This cruise is also available in the opposite direction as Deluxe cruise from Split to Dubrovnik.

All cruises and tours are available on request.

Availability shown is just a guideline.

Please fill in the Enquiry form below if you would like to book or check availability for a specific date or if you have any questions.

SINGLE use cabin supplement (on request)   +50%

Upon confirmation of reservation, a 400 EUR deposit per person is required (non-refundable) and balance payment to be paid 60 days before arrival.

Please note Rand rates are subject to change without prior notice due to currency fluctuations. Rand price will be confirmed at time of booking and when the full payment is due according to the exchange rates at the time of payment.

M/S SUMMER & M/S SAN SPIRITO will be docked in Dubrovnik Gruž harbor where you can board during the entire day. Join the welcome meeting at 7:00 p.m. where our cruise director will introduce you to the captain, crew and your future fellow passengers, with whom you will spend a week onboard.

Welcome dinner will be served at 7:30 p.m. The embarkation will be possible throughout the day. Passengers arriving in the morning cannot enter their cabins before 1:00 p.m. However, they can leave the luggage on board. Captain will wait for all the passengers arriving late at night and these guests will be provided with dinner. Overnight in Dubrovnik, (D)

After breakfast, our English speaking guide and coach will come to the pier. We’ll visit the historical center of Dubrovnik, the famous city enlisted as a UNESCO World Heritage Site, where our guide will show you the most interesting sights of Dubrovnik. After the city tour, you’ll be left on your own to explore and enjoy this city, known around the world as the Pearl of Adriatic. At 12:00 we’ll have a transfer to the ship. Lunch will be served on board en route to Mljet National Park, where we shall arrive late in the afternoon. Overnight in Mljet, (B,L)

This morning you’ll be free to explore National Park Mljet (entrance fees are not included), to walk around the Great and Small Lake, visit The Islet of St. Mary with its Benedictine Monastery dating from the 12th century and, of course, take a swim in the heart of this pristine National Park. Lunch will be served on board as we continue our cruise toward the Island of Korčula, where we shall arrive in the afternoon, docking in the Town of Korčula. This historic town is known as the birthplace of Marko Polo, one of the most famous world explorers of all times. Our English speaking guide will do Korčula City tour and walk us through the town’s charming narrow and cobbled streets. You’ll have the rest of the evening free to enjoy dining at one of the local restaurants of your choice. Overnight in Korčula Historical Town, (B,L)

In the morning, we’ll continue our cruise to the Island of Vis, with a swim stop en route. Arrival to Vis is scheduled for the afternoon. Vis is rather unique compared to other Croatian Adriatic islands. Due to its important strategic location on the open sea, it served as a military zone for a long time and was consequently spared of the usual tourist development. Beautiful beaches, ecological agriculture, and preserved traditional architecture make up the advantages of this remarkable Croatian island. You will have afternoon and evening free in Vis, to enjoy its unspoiled nature and dine in one of the family-run restaurants. Overnight in Vis Town, (B, L)

We start our tour of Vis, our coach will follow the old road, rises above the town and overlooks the bay. We stop on the hill to see fertile fields, the largest freshwater surface on the island, named Lokva, and a former allied airport from WWII. After that, we descend to the fields and drive through vineyards and olive groves, and then we descend us down to Komiža where we’re greeted by a local guide and taken on a tour of beautiful town boasting the longest fishing tradition on East Adriatic. After relaxed time in Komiža, we will go to one local farm to have a traditional dinner and taste owner’s vine and local products. Return to a boat for overnight.

Price per person is 50 EUR and it includes English speaking guide, Returns transfer, wine tasting, and dinner at the local farmhouse. Reservations and payment on the spot, minimum of 10 pax.

We’ll start our day with a morning cruise towards the Island of Biševo and its Blue Cave. Originally, the entrance to Blue Cave was located below sea level, which required visitors to dive deeply in order to resurface into the cave’s mysterious blue depths. Sunbeams penetrating through the cave’s submarine opening get reflected from the white bottom floor, colouring the cave aquamarine and objects in the water silver, creating a truly stunning and magical natural phenomenon. However, at times high waves prevent the entrance to Blue Cave, which is something we shall not know before the morning designated for our visit. For this reason, entrance fees are paid on the spot – if we ‘all lucky enough to visit the cave! After a swim stop and lunch, we’ll continue cruising along many idyllic coves and bays towards Hvar, the sunniest Croatian island. Hvar is one of the most popular and attractive Croatian tourist destinations and a meeting point of the international jet set. Upon our afternoon arrival at Hvar, a local English speaking guide will walk you through the town, introducing you to the island’s way of life, its rich history and culture. You’ll learn how lavender was traditionally farmed on Hvar, for many centuries. Afterwards, you’ll be free to enjoy your evening in Hvar, to explore on your own and dine in one of its numerous family-owned restaurants or taverns. Overnight in Hvar Historical Town, (B, L)

After breakfast, we’ll cruise across the Brač channel to Omiš, an ancient town with city walls, fortresses and stone churches. Omiš is located at the delta of Cetina River, with its wonderful beaches. For centuries, Omiš was for a stronghold of famous pirates, a symbol of retaliation, courage, and strength in the long historical fight against the Republic of Venice. After a relaxed walk in Omiš, we’ll have lunch. During the afternoon hours, we’ll sail on towards Split, our last stop. Our English speaking guide will do the afternoon Split City tour and walk us through the historical Diocletian’s Palace. The second-largest urban center in Croatia and the seat of the Split- Dalmatia County, Split boasts 1700 years of history. Since 1979 the historic center of Split has been inscribed on the UNESCO World Heritage Site List. City’s historical and cultural buildings are located inside the walls of the Diocletian’s Palace. After the city tour, you will be left on your own to explore Split and have an intimate farewell dinner on your own. Overnight in Split Historical Town, (B, L,)

The Krka National Park was proclaimed in 1985 and is the seventh National Park in Croatia. The whole area is rich with vegetation as well as birds and fish. Due to new strong preservation laws, this extraordinary area has been kept in its original pristine

state. From the boat we will depart after lunch, arriving there around 3.30 p.m. Walk through National Park, Skradinski Buk waterfall, the longest waterfall on the Krka River, as one of the best known natural beauties of Croatia. Walking part will be ended at The Skradinski Buk Ethno Village at Krka National Park recently received the prestigious Golden Flower of Europe award in a competition among several thousand sites. Return by scenic road from Krka to Split, arriving to Split through Golden Door, where we will have the orientation Split City tour ending our journey at our ship.

Price per person is 50,00 EUR and it includes English speaking guide, returns transfer, entrance fees to Krka National Park, orientational Split City tour at return. Reservations and payment on the spot, a minimum of 10 pax.

After breakfast, the time has come to say farewell to all your new friends. (B)

MS SUMMER and MS SAN SPIRITO are two brand new ships that boast all the amenities of the luxury yacht that will surely satisfy your refined cruise expectations. Both ships feature superb equipment, great cabins, elegant decks, and all the other nice technical details.

M/S Summer is a brand new cruise ship, simply perfect for your family cruise in Croatia.

Our small cruise ships are well-built and nimble, small and powerful. They will take you where the bigger vessels cannot go, navigating through the narrow waterways into the very hearts of bustling Mediterranean cities, anchoring in hidden Adriatic bays, docking in a small Dalmatian islands’ ports. Forget the time-wasting disembarkation. With M/S SUMMER the beauties and treasures of Croatian coast and islands are at your hand’s reach, just as if you were cruising aboard your own private yacht!

Passenger cabins are situated on two decks while crew members are accommodated in the separate living quarters.

All guest cabins are very comfortable and fully air-conditioned, with an independent ventilation system enabling fresh air all the time. Each cabin is conveniently designed as a modern private ensuite, with toilet and shower in the cabin.

Standard deck cabins have two portholes and a dual ventilation system. Main deck cabins have a cabin window and a porthole in a bathroom. All cabins are soundproof and have a fireproof door.

M/S SAN SPIRITO, our elegance cruise ship that guarantees an intimate cruise for all her guests!

Built for the cruise season 2020, M/S San Spirito boasts the latest state-of-the-art equipment and amenities, guaranteeing an intimate cruise for all the guests.

VIP Saloon is located at the ship’s front. Its lounge area offers a 180 degrees vista through a single large window, ensuring you enjoy all those breathtaking seascapes as you cruise along the Adriatic coast.

Outside, you’ll find a fully covered terrace with sitting area, tables, and chairs that can be closed with removable plastic windows in a rare case of winds.

M/S Sea Swallow has a platform for swimming and 2 ladders with handholds, to enable easy water access. The ship also has two outdoor showers and public toilettes.

On the high deck, all the passengers can relax on the 390m2 sun deck with sunbeds. The sundeck is partly shaded for clients’ comfort. Here you can also enjoy our elegant Rooftop Jacuzzi, designed to ensure an unforgettable cruise.

Passenger cabins are situated on two decks while crew members are accommodated in the separate living quarters.

All guest cabins are very comfortable and fully air-conditioned, with an independent ventilation system enabling fresh air all the time. Each cabin is conveniently designed as a modern private ensuite, with  toilet and shower in the cabin.

Standard deck cabins have two portholes and a dual ventilation system. Main deck cabins have a cabin window and a porthole in a bathroom. All cabins are soundproof and have a fireproof door. 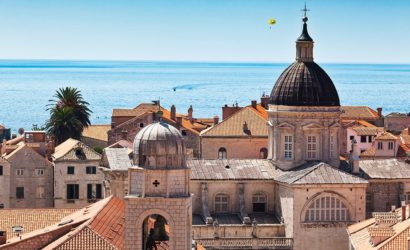 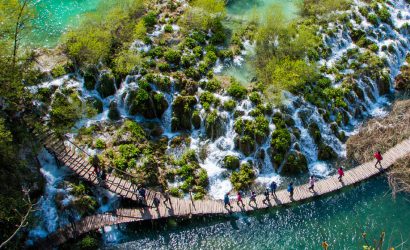 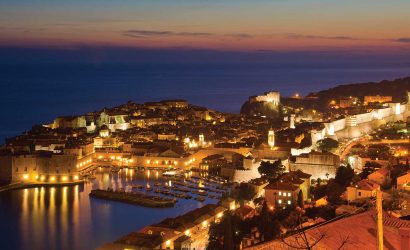 Splendid One- way Premium Cruise from Dubrovnik to Split 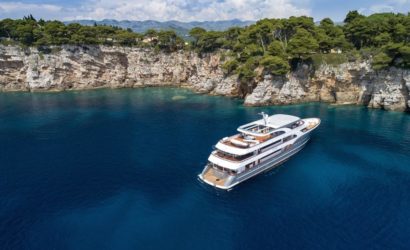 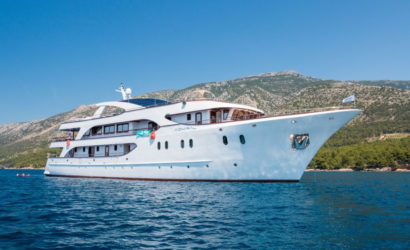 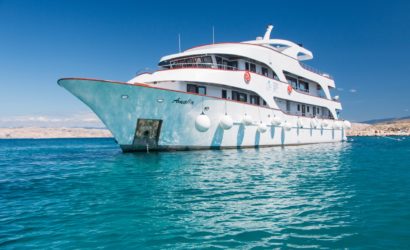